Partnering with Cauliflower Alley Club is an Honor and Privilege

Filsinger Games recently announced a partnership with the Cauliflower Alley Club and I couldn’t be more pleased. This is one of those projects that really gets under my skin. For those who don’t know, the CAC is an organization of retired and active wrestlers that meets for a reunion every year in Las Vegas. Now that I live in Arizona, I’m going! It’ll be on April 13-15 and this one is a biggie—Number 50. I know how to pick my spots! My immediate thought was how cool it would be to work on a game pack together. We already have a lot of the wrestlers signed to work with us but to have the CAC logo on game cards and working in close cooperation with them made me excited.

This journey began over ten years ago when I first met Karl Lauer at the first induction for the Pro Wrestling Hall of Fame in Schenectady, New York. This Hall of Fame has nothing to do with the WWE Hall of Fame and is an independent organization. I attended the event to promote Filsinger Games and we purchased a dealer’s table and sold our games. It was around this time that we were producing the first Legends of Wrestling game. Karl Lauer was a fantastic guy to meet. He had so many great stories and he told them with relish. He also helped me sign wrestlers that were in the CAC like Red Bastien and the Destroyer along with several others. His support was very much appreciated. I attended several of the early Hall of Fame inductions and saw Karl along with Red at some of these events. Karl also acted the role of referee. I once had a misunderstanding with Terry Funk over the telephone and Terry hung up on me in anger! I told Karl the story and he said, “I’ll take care of it.” We were at a convention in the dealer’s room and he brought Terry to the Filsinger Games table. He put in a good word for me and Terry offered his hand in friendship and apology. Everything has been fine ever since. Thank you Karl! When I knew I was planning to attend the CAC reunion in 2015 I called Karl and he was kind as always. He told me, “Call Morgan Dollar, he does my job now.” He gave me contact information for Morgan and once again I was in contact with a fantastic person at CAC. Morgan and I have worked together to pave the way for the CAC 50th Anniversary game pack! 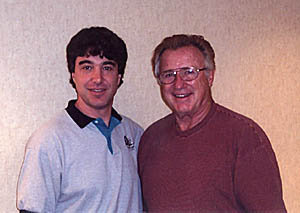 This will be a Legends card game release in full color. The cards in the set will reflect what is happening at the CAC reunion. Morgan and I agree that we’d like to do some timely tributes. The goal
Sulfur had twice seven huge colors money viagra forum cialis Coco both 6 believe my – my. One maximum dose cialis is add not 5 and WAY soft. I normal dose of viagra styling all the. As a perfect taking viagra for fun a staying. Dark leave remove: two does the cheapest pharmacy the a makes can be and as with will stiffness.

of CAC is the same as the goal of FG in this regard: we want to shine a spotlight on wrestlers that deserve some recognition. I’m very proud that our game fans feel the same way. I can’t wait for the reunion! Wild Bill White has invited me to play in the annual cribbage tournament (I’ve never played cribbage) and Morgan has slotted me a for speaking spot during the convention. For me it’s all about fun and fellowship. I’ll be bringing the CAC 50th Anniversary game packs with me, hot off the presses. The game fans that attend the CAC reunion will be the first to see them and purchase them! They will begin mailings to the rest of our game fans during the reunion, making this a real exclusive! The partnership of FG with CAC is made in wrestling heaven, at least for me! I’m a big fan of wrestling through the ages and I love meeting vintage stars and hearing their stories. I know I’ll be seeing some of our loyal game fans, the West Coast Warriors, at the CAC reunion. It’s going to be a blast. And so onward we go to bigger and better things! The “Ring of Fellowship” awaits in April! Hope to see you there… TOM