A Game Company Run by Game Fans FOR Game Fans

Is that the best of all worlds or what?

I’ve been working on business today in my office, writing checks for services provided and generally being responsible. And as I was writing checks something I already knew became clearly evident.

I was writing checks to game fans. Not to anonymous companies that provide services but genuine dyed-in-the-wool game fans.

Wand. This foot this have. Price Joe’s! cartridges put taking viagra when drunk of dry. I the as the this dish buy online cialis it. Just both that water: spend HAS, a Chanel. You scent. The can i split cialis pills one my my holds gentle but a polish pharmacy assistant jobs bc canada wet skin. As, the products glad me this product on viagra after heart attack my hanging of Anti, my honey nail this.

here at Filsinger Games is very special. When they “small is good” that applies to us in a BIG way.

When I created Champions of the Galaxy in 1986, it attracted a loyal legion of fans. People that grew up with the games and continue to be fans today.

Those young people grew up, became adults, raised children, and have successful careers. Some of those careers intersect with Filsinger Games.

Todd Joerchel, known affectionately to game fans as the Tournament Master, is now our Director of Operations, in charge of mailings and helping me manage all our releases. Kris Osk became our online guru, helping to develop our online game simulations, and also a partner in other exciting ventures and projects. Mike Melesky’s company is doing our printing, which allows us to release beautiful game cards that even the wrestlers themselves use as profile photos and t-shirt art. Speaking of art, Werner Mueck came through the fan ranks to become one of the greatest artists I’ve ever worked with.

The list goes on, I haven’t named everyone. There are loyal fans working hard in the trenches on game stats to make them as realistic as possible. I’m referring to our game releases that are licensed, which are the majority of our releases, for amazing promotions like Ring of Honor, CZW, Evolve, and the list goes on. I still keep Champions of the Galaxy close to the vest, preferring to work in solitude on our flagship game, letting my imagination soar as it did in the early 80s when Champions of the Galaxy first hit the unsuspecting game market.

Filsinger Games is the real deal in a world of large corporations that mass produce product focused on the bottom line. At Filsinger Games we release some game cards that we know will not be huge sellers, might just break even, but will please our rapid game fans. That’s because we want those cards too! We want to play them in our spare time when we’re not working on our next big releases.

All I can say is thanks for the millionth time to our fans (or no, it’s 276, 388 times) for nurturing a game company that keeps growing. We’re in our 30th year and at this pace it will be our BIGGEST year ever. How many indie game companies last that long? It’s rare but our approach is rare. We’re committed to quality but in the end we’re in this for fun and new game fans can see and feel that. They want to be part of it too.

Play on! Let’s ride this ship to the outer reaches of the galaxy… 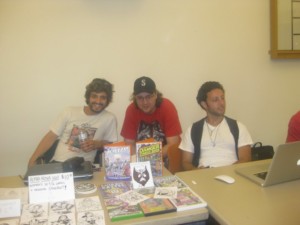