Legends Goes Across the Pond for Its Latest Star 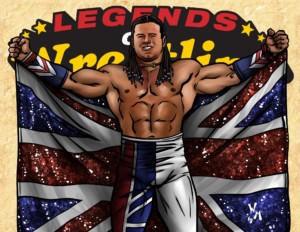