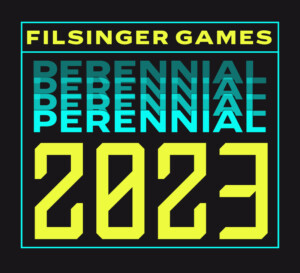 Featuring: Filsinger Games tournaments, Q&A’s with Tom Filsinger and the Filsinger Games Staff, announcements for Champions of the Galaxy, Legends of Wrestling and Indies, a charity auction plus a special Q&A with Legendary Referee James Beard.

Cost: $15, to the full convention including tournament entry (you do not need to own any online cards to participate in tournaments).  All convention attendees receive 2 limited edition Filsinger Games playing cards (1 Legends of Wrestling and 1 Indie Wrestling) and 1 Special Edition Champions of the Galaxy card before it is publicly available.  Physical cards will be mailed in February and digital cards for COTGonline will be made available the weekend of the convention.

Tickets: Tickets must be purchased by 8:00 PM EST on Thursday January 26th to be registered for the tournaments.  Tickets can still be purchased through the end of the convention to participate in non-tournament activities and to get the 3 give away cards.  They can be purchased HERE.

A questionnaire will be sent to those that purchase tickets to the Perennial to collect additional information, including preferences on tournaments.  Please note that number of players per tournament is capped at 32, and the number of tournaments available to each attendee will be evened out as much as possible.  A link to the virtual convention will be emailed out to attendees the week of the event.

All events will be hosted on the Filsinger Games zoom account (link will be sent to ticket holders), with separate breakouts for tournaments and other discussion rooms.  All times listed are in Eastern Standard time.

Welcome to the Perennial event.  A time to say hi to other promoters.  The Filsinger games staff will discuss how the event will function, walk through how tournaments will work, and answer any questions you have.

The winners of the 4 tournaments will compete to crown Filsinger Games Perennial Champion!

The Legendary Referee will be on-hand to talk about his career and answer fan questions.

Tom Filsinger…and perhaps the dastardly Dark Menace…will be on hand to discuss the big year ahead for Champions of the Galaxy.

Join the Filsinger Games creative staff as they discuss recent releases as well as previewing the upcoming releases for 2023.

An auction of Filsinger Games and other wrestling memorabilia to benefit the George Tragos/Lou Thesz Professional Wrestling Hall of Fame.

All events and times are subject to change.