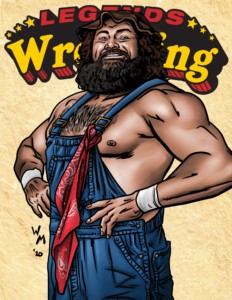 One of most highly requested wrestlers on the LOW roster, Hillbilly Jim, is coming to Legends Expansion VI! Jim was a good ole boy hailing from Mud Lick, KY, who was a fan favorite in the late 1980s. Hillbilly Jim feuded with Brutus Beefcake, Greg Valentine, and King Kong Bundy, among others. Who will Jim battle in your promotion? It’s up to you, promoter, in Legends Expansion VI!