The Days of Mayday Are Upon Kronos! 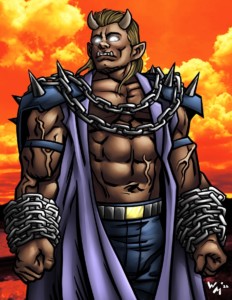 Mentor and Preceptor are honorable wrestlers who want to prove themselves against the best competition Kronos has to offer.

But MAYDAY is different than his allies.

Mayday is the destructor. And according to Mentor, Mayday is the answer to the question “What will it take to end the war on Kronos?”

The solution to the problem is Mayday.

Be there when Mayday walks into the middle of the war on Kronos and begins picking fights with everybody! Can INFINITY and INFINITY-PLEX survive CRACK OF DOOM?