Villain Enterprises is Complete with the Addition of Brody King! 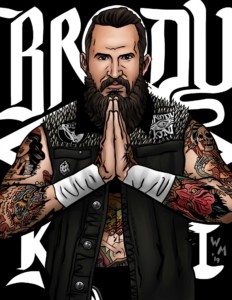