Disco Inferno Dances His Way Into the Legends Lineup 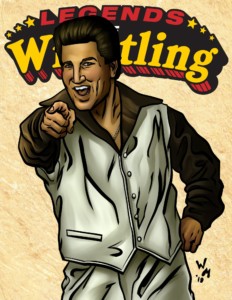