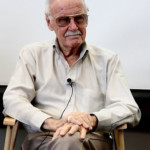 There are some things in life we can truly feel good about and one of them is that superhero icon Stan Lee is not only still with us, but he’s celebrating a birthday on December 28 making him 91 years young!

Stan Lee is the Walt Disney of our era. His ideas have led to so many superhero movies and TV shows in the last decade that it’s hard to remember they started with one man. There’s Spider-Man, X-Men, Thor, Iron Man, Hulk, Agents of SHIELD, and Fantastic Four just to name some of them.

I have often said that my game creation Champions of the Galaxy is a combination of my love of Marvel Comics and professional wrestling. That puts them on equal footing but really they’re not. Wrestling was always exciting to me, action-packed and full of drama. Marvel Comics also had action and drama but when it came to sparking my imagination and sense of wonder it was Marvel Comics hands down.

At the helm of Marvel Comics was Stan Lee, the humorous, energetic, charismatic leader of the Marvel Age. He influenced me on so many levels it’s impossible to summarize them all.

Imagine being influenced, entertained, and inspired by someone who is internationally famous and then having the opportunity and honor to work with that person. It happened to me and brought all my interests and career goals full circle. 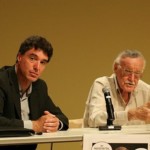 We have been in touch with each other since 1998 and started working together in 2006. We released a book of political humor in 2008 that unfortunately had a short shelf life due to the specific nature of the topic. But what a wondrous time it was to work with Stan and promote his book together in cities such as New York and Los Angeles.

Over the years we’ve been in touch in person or by email many times. His Christmas cards to our family are among the most creative and enjoyable of anyone. His good cheer never fades.

We were sending messages to each other a few days ago and I wished him happy birthday a few days early. He said: “Can’t believe I’m 90 goin’ on 91! Don’t feel a day over 89!”

He signed one of the messages: “U No Hoo.”

How can you not love a guy like that?

So yes, dreams do come true. And I can honestly say there wouldn’t be Champions of the Galaxy and therefore no Filsinger Games without Stan Lee.

Stan’s light-hearted approach to life masks a natural free-flowing Zen attitude. One time when we were at a convention promoting his book a fan asked him what his political views were. He declined to be specific.

“To me life is like an exciting story but you can’t take it too seriously, you’ve got to look at it like a story. There are all these interesting things happening and so much drama, you just wonder how they’ll turn out.”

A Zen-master couldn’t have spoken about positive detachment any better. And effortlessly Stan lives the right kind of life, as the psychologist Abraham Maslow would say, a self-actualized life, and he’s been rewarded with many years to enjoy and has touched the lives of millions of people making their lives better in the process.

This is my tribute to him on his 91st birthday. To which he would add “Excelsior” and to which I can only add, “Thank you.”