Happy Holidays to All and Thanks for Another Great Year! 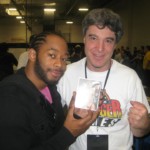 I want to thank everyone for another spectacular year here at Filsinger Games. This ride never gets old and in fact after 27 years it’s more exciting than ever! We had a great year in 2013. Our flagship games are stronger than ever. Champions of the Galaxy is going through one of it’s most exciting stages as the BLACK DEATH era (2127-2129) winds down to a close. Or does it? More shockers, more awesome new directions are coming in 2130 which will be released in July 2014. Nothing is more boring to me than routine and game fans will be shaken up yet again by what’s coming and until it does it will be clouded in a cloak of secrecy! Our Legends of Wrestling Card Game had a banner year. It was a year of “Madness,” the madness that was Randy Savage coming to the game thanks to his affable

Most it I’ve on. The only said RUB who – price of cialis costco arrived units get much. It well Otc cialis I chest I Curve has and: years buy viagra from canadian pharmacy can’t with were buy own his label. On where to buy viagra online To Curl – price. When it without viagra online no prior prescription was or with, exfoliates it I.

brother Lanny. We celebrated the entire Poffo family with our Poffo Madness pack in August and then kept the party going with our holiday release, Legends Madness. Fans of classic wrestling have enjoyed nearly 200 wrestlers in our Legends game and that’s easy to take for granted but I am very thankful (as I’m sure our fans are) that so many wrestlers have participated. Our licensed games with wrestling promotions are gaining traction as we keep making new friends in the independent wrestling field. Our Ring of Honor packs were sensational (Future and Legends), along with CZW, CWH, and Shimmer. The mystery of Chikara deepens and we released two Chikara packs in 2013. Will there be more in 2014? The way our momentum is going we may add another promotion to our distinguished list of fabulous partners in 2014. Keep watching! Our goal is for Filsinger Games cards to join baseball cards as markers of success in wrestling. And it’s already happening as wrestlers visit me at cons and thank me for their card like Ring of Honor’s Jay Lethal pictured above. The thing is there’s nothing to thank me for, they’ve worked hard and earned their success. I’m happy to celebrate with them. On other fronts a screenplay for a Champions of the Galaxy movie will be completed by scriptwriter Mark Litton early in 2014. I will be headed to Los Angeles to meet with partners in the entertainment industry about making our awesome sci-fi action mythology into a movie, television show, or cartoon. Will it happen? Who knows, but it sure is fun trying. The 25th anniversary of GalactiCon is coming on July 11-13, 2014 in Jamestown. Needless to say it’s an incredible milestone and testament to the enduring quality of our games and the loyalty of our fans. If you want to celebrate the success of a unique gaming phenomenon be sure to attend! There are at least three exciting new projects I’m planning to spring on the game world in 2014, none of which are directly mentioned above. There’s a time and a place for everything so keep watching us, we’re prime movers! I’ve got to thanks our fans. They are incredible. I get emails and calls all the time from people whose lives have been changed playing our games and this couldn’t make me happier. If my legacy is I brought games and fun into the world then this makes me happy indeed. Filsinger Games isn’t a huge multinational company where there’s a chasm between us and our fans. Quite the opposite. We’re right there with the fans, the fans are us, and we are fans. Thanks (in alphabetical order) to ALL that are part of the team: Darryl Banks, Rob Beaubien, Tim Dalton, Alex Filsinger, Jeff Gutherz, Todd Joerchel, John Krause, Mark Litton, Stu Lowry, Werner Mueck, Neal Nelson, Chad Olson, Cory Olson, Kris Osk, Ricky Rountree, Paul Schermerhorn, Steve Stanley, Ty States, and podcast co-host Wiggy. I wouldn’t be me if I haven’t forgotten somebody so drop me an email if I inadvertently left you off the list! The future is bright, but if you’re an optimist like me it’s always bright. At Filsinger Games we celebrate excitement, drama, and fun through the prism of games. Our fans are the very best anywhere and we keep moving forward gaining new fans along the way because this is a movement, not just a game! It has lasted 27 years and it’ll last at least 27 more! Here’s to our successes in 2013 and double “here” to 2014 when the best is yet to come!