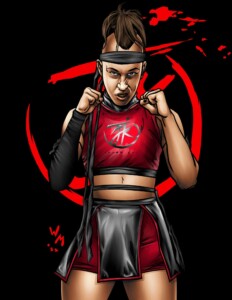 Janai Kai is the next name announced for the Best of the Indies Women 2022. With a hard hitting array of kicks at her disposal, Kai’s martial arts background is often on full display in her matches. Only 4 years a pro and already battling back from a broken neck a couple of years ago, Janai Kai is a bright spot on the women’s indies scene. She’s taken on an assortment of opponents from Billie Starkz and Holidead to Athena and LuFisto. She recently participated in the “Black Girl Magick” card featuring a diverse roster of black women including the legendary Jazz and newer standouts like Willow Nightengale and Brooke Valentine. Kai even let her striking abilities take center stage in a worked shoot match agains Masha Slamovich at last year’s Bloodsport event. Kai was also working her way into a featured spot for Ring of Honor under the guidance of Maria Kanellis-Bennett and Bobby Cruise when the company was temporarily shuttered in 2021. Though she hasn’t had the chance to return to the new ROH, she has been featured on their new parent company’s YouTube show!

Kai is a stellar talent with a very high ceiling and we are excited to have her join the ranks of the indies in the upcoming Best of the Indies Women 2022 expansion set.