The Best of the Indies Set Just Got Filthy! 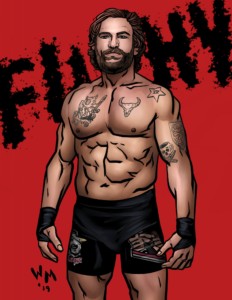 From the MMA cage to the wrestling ring comes one of the most popular wrestlers on the scene today, “Filthy” Tom Lawlor!  His nickname is certainly well earned as he is one of the dirtiest players in the wrestling and MMA game.  He has learned to seamlessly blend his MMA moveset into his wrestling repertoire and has had success throughout the indies, including capturing the top championships in AIW and in one of the major North American wrestling promotions.  Lawlor’s skill and undeniable charisma is sure to continue to make him a fan favorite for years to come.