RINGKAMPF Debuts in the EVOLVE Game! 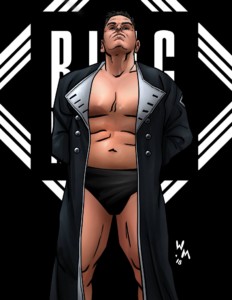 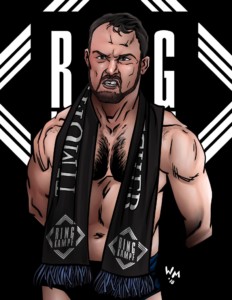 The last names in the EVOLVE 5 8-pack are among the most feared tag teams on the independent scene today, both in North America and in Europe!

RINGKAMPF is a group formed in Germany and headed by the Austrian bruiser WALTER.  WALTER is a multi-time singles champion in his own right and has challenged WWN Live Champion Keith Lee and Matt Riddle in thrilling contests in previous EVOLVE cards.  Former EVOLVE champion Timothy Thatcher, after dropping the title to Zack Sabre Jr., went to Germany and joined the RINGKAMPF stable.  His sadistic torturing submission moves are the perfect complement to WALTER’s punishing power moves.  Now the duo has their sights set on dominating tag divisions throughout the world and at the WWN Live Super Show in New Orleans where they intend to capture the EVOLVE tag team titles!

WALTER and Timothy Thatcher will join Matt Riddle, DJZ, Austin Theory, Dominic Garrini, Anthony Henry, and James Drake in EVOLVE 5.  The game will be released at the WWN Live Experience in New Orleans on April 8-10 and will mail out to Filsinger Games fans worldwide soon thereafter. Preorder for this set and the newest Legends expansion is available now by visiting HERE.