A True Pioneer is All-In! 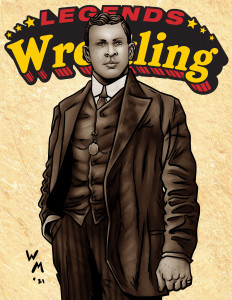 In a career spanning over 30 years, Henry Irslinger was a true pioneer of professional wrestling. Though born in Austria, Irslinger relocated to England at a young age and had a huge impact on the British wrestling scene. He spent his years globe-trotting and picking up skills wherever he could. His style of catch-as-catch-can wrestling incorporated spectacular moves like the aeroplane spin and the FLYING HEADLOCK. Helping to popularize the North American style of wrestling in South Africa, he returned to Britain and started a revival of Brit-wres. Irslinger and his compatriots called their style “All-In”.