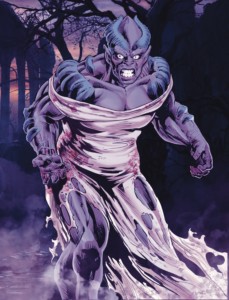 Here comes a newcomer that will make a lot of people nervous!
BLOODY MARRY is a wild hardcore wrestler that will enter the GWF in 2138 and she’s not shy. She’s coming after Bulldoze and Storm! Wait till you hear why!
Living up to her name, BLOODY MARRY promises her victims that they will be “married to blood” in her matches! Her finishers, CONSUMATION and UNHOLY MATRIMONY will give her opponent’s nightmares!
Can anyone control the chaos that BLOODY MARRY will unleash in the women’s ranks? Will Bulldoze and Storm be able to adjust to her unorthodox and violent style, to say nothing of other female stars in the GWF? The women grapplers have never seen anything like this before!
Will BLOODY MARRY join forces with other wrestlers or teams? Will she have a manager? Why does she hate Bulldoze and Storm so much?
Many questions and many answers are coming in ORIGINS 2138!
By Tom|2022-06-13T01:20:51-04:00June 13th, 2022|Champions of the Galaxy|Comments Off on Bloody Marry Brings Hardcore Mayhem in ORIGINS 2138!