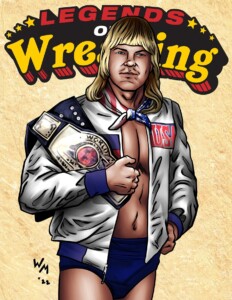 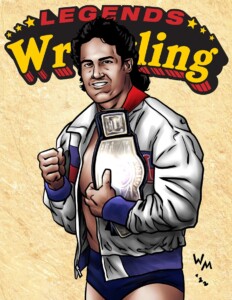 Mike Rotunda and Barry Windham, hot off success in the Florida territory, joined forces in the Northeast as one of the most patriotic tag teams of the 80s, U.S. Express! The pair, led by Captain Lou Albano, made their way to the ring as Bruce Springsteen blared from the PA and captured the adoration of the fans and the tag team titles. Windham and Rotunda appeared on an historic card in Madison Square Garden but unfortunately came out on the losing end, dropping the tag titles to the Iron Sheik and Nikolai Volkoff. They would go on to feud with Brutus Beefcake and Greg Valentine. In fact, their manager, Lucious Johnny V, would go so far as to put out a lit cigar in Windham’s eye! Though their run proved to be a short run, barely lasting a year, these “real Americans” would go on to forge legendary careers on their own, teaming with others, and in stables in multiple territories.

Promoter Prime 2022 is available now! Plus, Women of the Indies 2022  along with War Games 2093 Reimagined and the Brian Blair CAC Special Edition card can all be preordered HERE.  Games will ship by early October.  Promoter Prime subscribers, please note that Promoter Prime will be shipping separately from your other preorder items.