“All Ego” Comes to the EVOLVE Wrestling Game 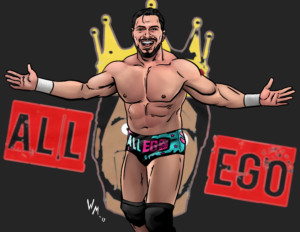