The Inhuman PCO Shocks the Ring of Honor Roster! 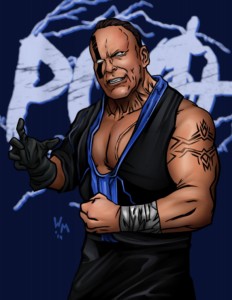