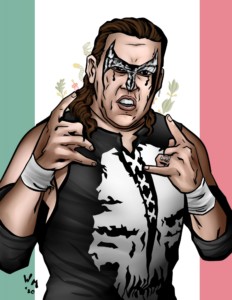 Another pirate is set to take over your promotions! Rey Bucanero is looking to make a splash as newest luchador debut in the Best of Mexico set.  Convinced to become a wrestler by his famous uncle, Pirata Morgan, Rey Bucanero began working smaller shows in the north of Mexico before wrestling consistently for Mexico’s oldest promotion. Bucanero took off as a well regarded tag specialist, joining multiple famous trios teams throughout his career, and winning gold with many of them. He even teamed at times with his uncle and others as Los Bucaneros.  He ended up wrestling for some major US promotions as well.  Almost any stable in history could use a tag specialist of Bucanero’s caliber. How will you book him in your promotion?