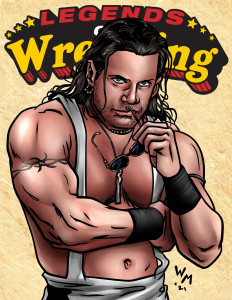 A former World Tag Team Champion with Marcus Alexander Bagwell, Scotty Riggs was a mid-90s mainstay in one of the biggest companies in the world and a featured player in the Monday Night Wars. The pretty boy combination of two American males ascended the highest heights of the tag rankings before a bitter split brought them into opposition when Bagwell joined the most infamous stable of the 90s and turned on his partner. Though his success was short-lived, Riggs took part in some memorable moments on Monday nights and had his share of the spotlight both with and without Bagwell.

Riggs was the top vote-getter in an online promoter poll to decide the next prime release. You can add Scotty Riggs to your promotion when the second-quarter releases of Legends Prime drop late this month! Order your Promoter Prime subscription HERE today!