The Heat Is On! 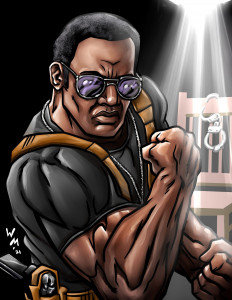 Quest is ready to name his Prime Suspects! Who are they?
After months spent studying the FTR roster from afar, Quest turns up the heat by stepping in the ring and getting even closer to his prime suspects. And the tough as nails street fighting detective plans to beat a confession out of his opponents with DNA SAMPLE!

Things get serious in FTR Prime Suspects and Quest is in the middle of it all!
Get Crust, Captain Crossbones, the Brymstone Burning Match, the Walk the Plank Match, Quest, a slick new PDF handbook packed with all of the exciting happenings in FTR Suspects and more coming soon only with COTG Promoter Prime!
By Tom|2021-05-16T13:40:34-04:00May 17th, 2021|Champions of the Galaxy|Comments Off on The Heat Is On!