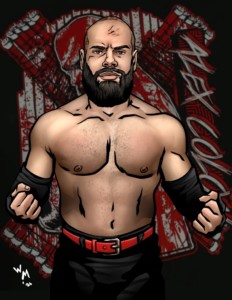 Alex Colon is the first name announced for the Indies Deathmatch set! A true violence artist, Colon is a 13-year pro by way of the CZW dojo. Colon began his career as a technical standout and excelled by winning the CZW Wired Championship and the Best of the Best Tournament in 2013. Eventually, he evolved his style to include deathmatch wrestling and competed in his first Tournament of Death in 2016, advancing to the semi-finals. It was the beginning of a journey to legendary status in the deathmatch field. He had the chance to spend some time in Japan and wrestle some of the greatest deathmatch wrestlers that country offers. More recently, Colon won the GCW Tournament of Survival for an unprecedented third time and became the inaugural GCW Ultraviolent Champion.

There’s a reason Alex Colon is heralded as the best deathmatch wrestler in the US and one of the best in the world. He is the perfect name to kick off the teasers for the new set, and you will not want to miss this card and the exciting new rules for deathmatch wrestling! Pre-orders will begin on September 10!