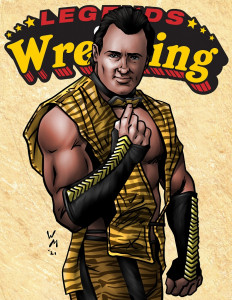 Hall of Famer Brutus Beefcake is coming to Promoter Prime as a part of the Q1 releases! Before he was struttin’ and cuttin’, Beefcake had a lengthy run as a tag team champion in the biggest territory of the 80s. His outlandish outfits, bad guy attitude, and rulebreaking ways helped keep his team at the top and solidified him as one of the major forces of the rock ‘n’ wrestling era.

Subscriptions for COTG, Legends, and Indies Promoter Prime for 2021 are available now in the Filsinger Games Store.  Quarter 1 cards will begin mailing at the end of March to all subscribers along with all our other March releases.