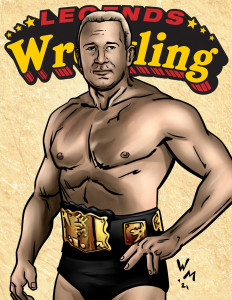 Bob Orton Sr. is the final name announced for the Quarter 2 Legends Promoter Prime releases. The Kansas City native had a 30+ year career across the territories – spending time in Florida, Nebraska, Houston, Kansas City, and St. Louis, to name a few. No stranger to gold, Orton captured numerous tag titles with partners such as Bob Roop, Mike DiBiase, and his son, Bob Orton Jr. The patriarch of a wrestling family, two of his sons went on to wrestling fame, but his grandson outdid them all by becoming one of the biggest stars of his generation.

Bob Orton can be yours when you order your Promoter Prime subscription HERE!  Cards for Q2 will be shipping before the end of the month.  Any 2021 subscriptions will also include the Q1 cards released in March.